Our HAT team give us a tour around advanced exceptions in .NET, in order to learn about their pitfalls and best practices when developing applications. 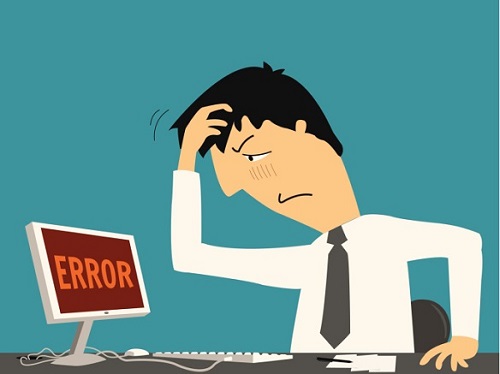 Exception handling is a vital part of an application, no exceptions (pun intended).

The efficacy of this handling depends mostly on the language and platform of choice, so it’s important to know in detail their correct usage and behavior in order to spare our users and fellow developers from suffering when diagnosing issues in our code.

In this article we’re going to take a look at what C# and .NET with regards to error handling.

In .NET, and particularly in C#, exceptions are handled using try, catch and finally blocks. First of all, the try block will contain the code which is expected to throw an exception, and in second place we will have a catch block, that will specify an exception type and a code block that will be executed in the event that an exception matching the specified type is thrown inside the try block:

It’s worth noting that an Exception type catch will handle all possible exceptions (this is not entirely true but we will stick with this assumption for now):

Another way of writing the general exception handler is the following:

A try block can have multiple catch blocks with different exception types associated, and those will be evaluated according to class hierarchy in a descending order:

NOTE: It’s important to keep in mind the evaluation order of exception types, since if our first catch handles an Exception type, all of the exception handlers below will be ignored. This is a common error that might be difficult to detect later in complex applications.

And finally, we have the finally block (pardon the redundancy), which is going to execute its contained code always, whether an exception has been thrown or not. So, a complete exception handler has the following form:

It is worth noting that the code inside a finally block isn’t included in the exception handling, so any exception thrown here won’t be caught, and it will bubble up the call stack until it’s managed.

As a last detail we can add that the throw keyword has a special meaning in the exception handling context, because it can also allow us to specify how to propagate the exception caught. Based on the previous example:

We can propagate the exception in several ways inside the catch block:

1 – Continue with the exception while preserving its stack trace, also called rethrow

4 – Throw a new exception, passing the current one as its InnerException

A known limitation of async in C# is that the await keyword cannot be used inside catch and finally blocks. This was resolved in C# 6, and, since we’re talking about C# 6 we are going to mention a new feature added to the catch blocks, the exceptions filters. This new syntactic sugar lets us capture o propagate an exception according to the Boolean value of an expression:

One of the major advantages is that we can manage the exception flow without altering the stack trace. It can be also used as an interceptor, to add side effects like logging:

We still have to keep in mind the exception order we saw previously, to avoid issues like the following:

The table below shows a list with all base exceptions from the BCL (source: MSDN)

We can also include the type AggregateException that results from the execution of tasks and async code (TPL and Parallel LINQ). It’s a special exception type because it consolidates multiple exceptions in a single object, composing a tree of exceptions. For more information, see the tasks and PLINQ articles on MSDN

In C# there are several keywords that include exception handling in their generated code:

One of the new features available since .NET 4.5, as part of the TPL release is the exception dispatch, facilitated by the class ExceptionDispatchInfo of the namespace System.Runtime.ExceptionServices.

With this class we can preserve an exception and delegate it to another instance, as long as we stay in the same AppDomain. Later on, we can inspect the exception and throw it again (rethrow):

Up until now, we had assumed that no matter what happens, all exceptions will be unconditionally caught by their associated catch blocks, and later on, the final block will be executed. Is this still true?

The first kind is the Corrupted State Exceptions (CSE). They consist of a group of 8 native exceptions from Win32/SEH that, due to their nature, undergo the assumption that they’re not manageable since they imply that the program is in an invalid, inconsistent and unrecoverable state.

The native exceptions, along with their CLR counterparts, are the following:

In this instance, the exceptions are shown as “Unhandled exception” and are not observable from the local debug in Visual Studio. The only way to diagnose these in more detail is to use with its SOS extension and analyzing crash dumps, among others.

The reason behind them being ignored by managed code is that they are incoming exceptions from native code, which escape the application’s responsibility or, alternatively, we are dealing with a CLR bug, a situation that is very unlikely but not impossible. It can also be a result of bugs in our code if we are using the unsafe feature of C# to write unmanaged code (with direct access to memory).

If we still wish to handle these exceptions, the CLR gives us the choice to catch some (not all) of them via the attribute HandleProcessCorruptedStateExceptions. This requires the method having an access level of SecurityCritical:

This can also be achieved on a whole process by specifying the legacyCorruptedStateExceptionPolicy attribute as true, in our application configuration.

NOTE: Due to compatibility reasons, The CSE’s will be removed in the upcoming versions of .NET Core. These will remain untouched in the desktop version since it is the original Windows version.

There are 2 remaining exceptions types that cannot be handled and indicate a premature and unrecoverable process termination: the StackOverflowExceptions (if originated within the CLR), and the CLR exceptions, which we’ll see next.

Diving deeper into the origin of exceptions, we stumble upon the CLR. The runtime is mostly built in C++, and has the task of dominating a complex scenario which is the handling of multiple exception types:

CoreCLR, the multiplatform and open source version of the CLR, has the even harder task of integrating compatibility with multiple platforms and architectures (Linux and Mac x64, among others in progress like x86 and ARM32/ARM64). To achieve the level of decoupling required, it relies on a layer called PAL (Platform Adaptation Layer).

In the event of a critical error inside the CLR it will throw an ExecutionEngineException (deprecated) and FatalExecutionEngineError (MDA). These errors commonly indicate heap corruptions in managed code.

To finish the exceptions tour, we’ll move on to a short but obligatory talk about the performance implications they have.

Exception handling is very expensive compared to the execution of normal code. An exception incurs in the following actions and side effects:

In normal situations, there won’t be a noticeable performance impact, but the abuse of exceptions in situations with tight performance or scalability requirements can be troublesome.

To finish the article we hand out some tips that can be useful when designing and implementing efficient solutions:

How to choose the right CMS for your business

How Go adds value to your final product

How Scala can benefit your business