The Sadosky Awards rewards those companies whose trajectory over time has been relevant to the IT industry in areas involved with the development of IT projects, products or services.

Hexacta has been recently awarded with the highest honor granted by the Chamber of Software and Information Technology Companies (CESSI) as a recognition to an organization whose work and performance contributed to the growth of Argentina’s IT industry.

It was the Sadosky Award 2009 to the Argentine Intelligence, one of the most important awards in the IT industry, obtained in the Software Business category.

This category rewards those companies whose trajectory over time has been relevant to the IT industry in areas involved with the development of IT projects, products or services. The award was received by Juan Navarro, founding partner of Hexacta.

Juan Navarro commented on the subject:  “We are tremendously proud and grateful for this award, especially coming from our peers, who we deeply respect. Hexacta is a “young” company, but very mature in several ways. During these 10 years we have gone through successful and not so successful stages, prosperity phases and crises. What we are today is not the product of chance but of a plan and goals with which we have committed all these years. We have also made some mistakes, but we have generally learned and improved. I think we achieved this recognition partly because of that journey, for our constant search for improvement, for the consistency and coherence with which we try to do things. Nevertheless, I feel we are just starting, not only us but the industry in general. Argentina has much to contribute to the global technological revolution and from Hexacta we want to be a part of this.”

Argentina’s President attended the fifth edition of the Sadosky Awards in the company of Florencio Randazzo, Interior Minister; Lino Barañao, Minister of Science, Technology and Productive Innovation; Debora Giorgi, Minister of Industry and Commerce; Oscar Parrilli, General Secretary of the Presidency; Nilda Garré, Minister of Defense, among several other secretaries and government officials.

Know more about Our Awards and Recognitions 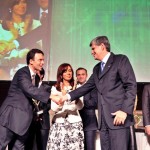 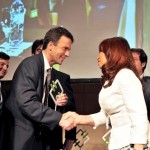 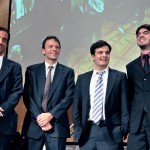 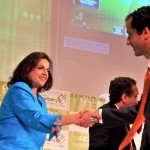