Learn everything you should know about Go, a new programming language that has gained a lot of popularity from developers and businesses all over the world.

The world of programming language is infinite, and whenever we talk about it, the first names that come to our minds are Java, Python, C++, and Swift, among others. But recently, one of the languages that has emerged and stood out from the ones mentioned before is Go. 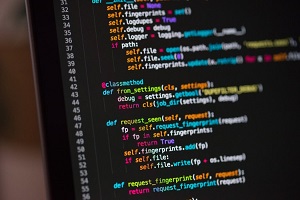 Go, also known as Golang, is an open-source, statically typed, and compiled programming language developed by Google’s engineers in 2007 with the aim of simplifying the process of software development and making it more productive and scalable.

Even though it was released into the market in 2019, only in recent years, it has started gaining popularity, positioned as one of the top programming languages every developer wants to learn.

One of the reasons why it was created was because the languages that Google used in 2007, like C, C++, and Python, were quite complex to maintain and evolve. Therefore, Golang emerged as an alternative that combines the best features of other conventional programming languages.

Now, let’s take a closer look at Go’s pros and cons and when it is more convenient to use it.

What are the advantages of using it?

Not for nothing, Go has become one of the favorite languages in the software environment. This programming language offers impressive advantages to both developers and business owners.  Here are some of Go’s features.

OPEN SOURCE: This means it is free for anyone to use, download, or modify, as it is publicly accessible. At the same time, it makes the program better, cleaner, and more efficient.

SIMPLE AND EASY TO LEARN: One of its biggest advantages is that it offers the clarity and ease-of-use that other languages lack, making it easy for developers to quickly understand and learn.

FAST: The language is compiled, which means that it does not require a virtual machine to execute the instructions. Therefore, the written code is directly translated into formats that the processor understands.

FEWER BUGS: As a compiled language, Go offers additional benefits such as being able to check for errors. Consequently, it is able to warn you when something is not working before you even run your program, keeping bugs away and saving you time during development. 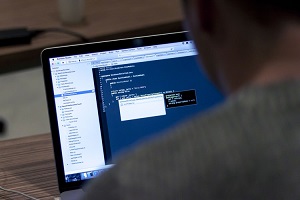 CONCURRENT: In this digital era, this feature is essential as it allows multiple processes to run simultaneously. For software or applications, multitasking programs like Go add more value to the product and help businesses progress.

GARBAGE COLLECTION: This is one of the key features, as it reclaims the memory occupied by other objects that are no longer needed, protecting against memory leaks. This makes it a more reliable and secure language, as development can be carried out with greater confidence.

CROSS-PLATFORM: It can be used in different platforms, including Windows, MacOs, Linux, Unix, and BSD versions.

So far, everything sounds great about Go. However, there is also a “dark side”. Because of its ultra-simple design, this language lacks some features other programs have:

GENERICS: They are a collection of different functions with the same name that allows writing code to be reusable. So far, Go does not have this option, so it involves writing more code, thereby decreasing efficiency during development. However, there are proposals for its inclusion in a future version.

BETTER ERROR HANDLING: Currently, the management of error conditions is too verbose for some programmers, but the Go team have some proposals to improve these shortcomings so that daily development becomes more efficient for them.

What projects should you use Go for?

Many may wonder when a developer should think about using this kind of language. Golang can be used for:

Although it is a relatively new language, its different features makes it a great option for any developer who is willing to learn it. In the end, all the advantages Golang has can be translated into a resource-saving of time, effort, and money for the software company.

The fact that it is a simple and easy to learn and understand language enables software development to be created faster, which saves a lot of time and effort from developers and increases their productivity. 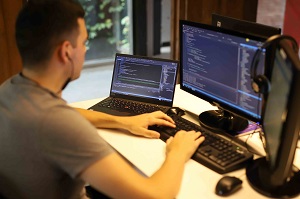 Using Go can also add value to the final product, as it can be easier to maintain and to scale up when the number of customers using it grows. Even further, being a garbage collected language that protects against memory leaks, detects errors, and keeps bugs away can also make the product safer and more reliable.

Not to be left unnoticed, Golang is a program born from the industry, not from the academic environment as all the other traditional languages were. This makes it special, as from its beginning, it was focused on solving concrete problems on a Google scale.

There are even some interesting insights that prove this language has lately won the heart of many. According to a Stack Overflow’s annual Developer Survey (2019), Go is one of the ten most loved programming languages, positioning itself above Java, C, C++, and other recognized programs.

Over the past few years, Go has gained a lot of popularity from developers and businesses all over the world. This language is the perfect option for those who want to build simple, reliable, and efficient software. It is quick to learn, no hassle to work with, and easy to understand.

So, if a team is starting a new project, Go can be a very convenient choice that will allow you to save time, effort, and money as well to add value to the final product.

How Scala can benefit your business

How to choose the right CMS for your business