A device that measures the temperature and the gases in the atmosphere and alerts the user in case of an odd event and a  digital galvanometer that can detect if a person is lying are some of the developments that Internet of Things (IoT) makes possible and in which Hexacta´s team is working.

Internet of Things (IoT) is the network of physical objects that are embedded with electronics, software, sensors, and network connectivity, which enables these objects to collect and exchange data. This trend is growing constantly and exponential.

In Hexacta, our Software Development Company, since 2014 we formed our IoT team, which is a group of professionals dedicated to research and development of software and objects that have to do with IoT. 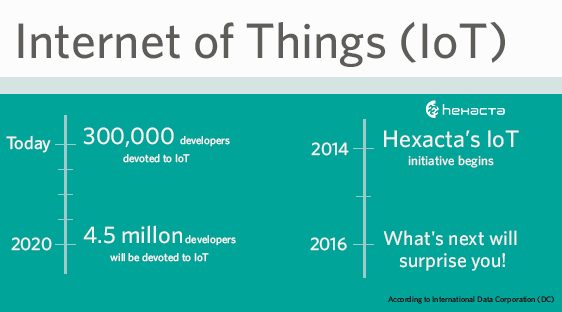 Here are some of the things that we have been working on since 2014:

It is a device that measures the temperature and the gases in the atmosphere. It gathers all the information automatically, and sends an email to the user in case of an odd event, such as detection of gases in the air such as helium or methane, or large temperature change. 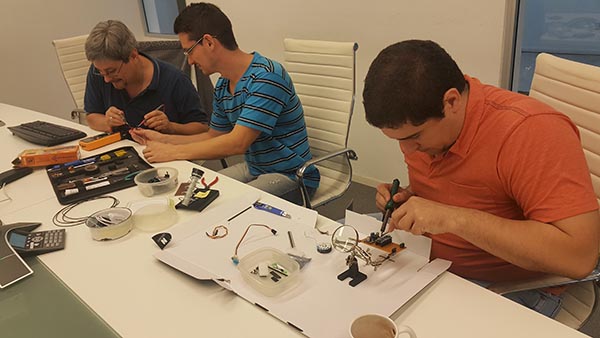 Currently under development. It is a digital galvanometer, which by means of electricity emitted by the body, can detect whether a person is lying.

In addition to our internal projects, Hexacta, together with the IoT team, organized and sponsored an event for the whole Internet of Things Buenos Aires community, where more than 50 people participated.

The event took place on December 10 and was free of charge. We have presentations of some of the strongest and most prestigious members of the IoT community in Argentina, where they exhibited and explained their most important projects:

In 2016 we will continue our activities and projects, and among them, we are preparing a great leap with a project that will make your jaw drop!

Questions? Comments? Concerns? Contact us for more information. We’ll quickly get back to you with the information you need.