Reading Time: 4 minutes For the last 5 years, two of the biggest companies in the world have been involved in

For the last 5 years, two of the biggest companies in the world have been involved in a legal battle that is sure to rock the foundations of the software development industry. The Android operative system is in the eye of the storm, and the outlook is rather bleak. 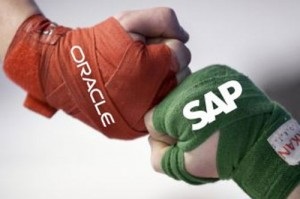 Google has adopted the Java programming language to develop Android applications and they have used their own implemented version of the Java Virtual machine called Dalvnik. This means that developing applications in Android and in Java is very similar.

This similarity was intentional, as Google wanted it to be easy to adapt Java programmers to the Android world. In fact, making programmers’ lives easy was part of Java’s mission with their “write once, run anywhere”

The use of Java in Android, and in particular of its API (Application Program Interface), is currently being discussed by the Supreme Court of the United States.

An API is a standardized set of interfaces that a developer uses in order to communicate with another system. For a developer, using API’s entails reinventing the wheel to access functionalities that have already been made.

For API’s developers, rendering them public and access-free encourages programmers to use them and to create compatible software, which leads to benefits for end users. Facebook, Twitter, and Mercado Libre are just some of the companies which expose their API’s so that applications that interact with these systems can be created.

The Supreme Court of the United States is currently discussing whether API’s can be copyrighted. Just to be clear, the lawsuit did not originate because Google copied the Oracle code, but because the code which it developed has “copied” what Java’s Virtual Machine can do.

Can anyone own an API?

In May 2012, District Judge William Alsup from California considered that API’s cannot be copyrighted. A different interpretation would give Oracle the unacceptable and dangerous possibility to control “a utilitarian and functional set of symbols” that lay the foundations for the collaboration and innovation we have at present. In order to reach this verdict, the Judge became a Java expert. 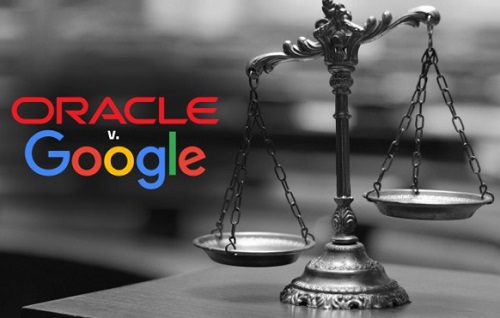 Oracle appealed this decision and the US Court of Appeals supported their claims in October 2014, reverting Judge Alsup’s ruling. Oracle’s argument states that a functional code is at the same level as a creative work. In fact, Oracle’s lawyers quote specifically Harry Potter in their argumentation to the Federal Court:

Ann Droid wants to publish a bestseller. Therefore, she sits with an advanced copy of Harry Potter and the Order of the Phoenix, the fifth book of the saga, and transcribes it. She makes a literal copy of the titles of all the chapters – from Chapter 1, Dudley Demented, to Chapter 38, The Second War Begins. She copies the theme of each sentence, from the first one, (very descriptive) to the last and simple one (“Harry Potter nodded.”). Then she paraphrases the rest of each paragraph. She hurries the publication of this version before the original under the title Harry Potter 5.0 by Ann Droid.

The imitation is a success. J.K Rowling files a lawsuit for Copyright violation. Ann Droid’s defense states: “But I wrote most of the words from scratch. Besides, this was a fair use because I copied only the parts that were necessary to take advantage of Harry Potter’s fan base”. Of course, this defense would fail.

On October 6th 2014, Google asked the Supreme Court of the United States to review the Federal Court’s decision. Together with this request, they submitted an amicus curiae report. There, they argument that API’s free nature (i.e., not copyrighted) was vital for the development of modern IT and internet, and they quoted some examples:

The Supreme Court is yet to rule on this issue, but prospects are not very positive.