Gatorade is a manufacturer of sports-themed beverage and food products, built around its signature line of sports drinks. It is currently manufactured by Pepsico and is distributed in over 80 countries.

“Hexacta professionals are among the best suppliers with whom I worked with. I have been working in the Gatorade brand for the last 4 years .We operate primarily with agencies that are very good designs and ideas, but they are not so good in both planning and fulfilling time. Working with Hexacta has been a qualitative ramp up with suppliers. Hexacta´s team stand out by its precise punctuality, high quality work, excellent communication and efficiency. Finally, they went beyond the party agreement and they proposed new changes that added value to the project”.

Gatorade (www.gatorade.com) is a leading brand of flavored non-carbonated sports drinks manufactured by the Quaker Oats Company, now a division of PepsiCo.
Intended for consumption during physically active occasions, Gatorade beverages are formulated to rehydrate and replenish fluid, carbohydrates and electrolytes.

Gatorade Argentina decided to redesign its institutional website (gatorade.com.ar) and to launch a social network solution targeted for runners. The goal of the new platform was to help runners improve their performance.

Hexacta was invited to participate on the development project because of our knowledge on technology and the ownership of social network components.

The main challenge was the creation of a new platform for runners leveraging the positioning of the brand. Gatorade wanted to launch something different in the market. They had a large database of runners and several trainers sponsored by Gatorade.

The scope of the project was not defined at the very beginning. Several meetings with Gatorade experts and Hexacta team members were needed in order to define the functionalities of the platform.

The idea was to build a brand new website that included gadgets to improve runners’ performance and for them to be able to share their experiences using a social network platform.

The main goal at the inception phase was to define the scope of the platform for the first release and to define the prototypes with the advertisement agency and Gatorade Marketing department. After the first month, Hexacta started the development phase.
The following modules were included in the solution:

The technical architecture was based on JEE platform.
It’s a multilayer application with the following characteristics: 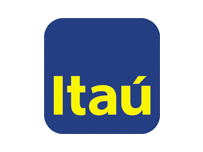 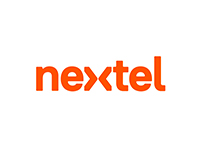 Logistics and Transportation
See All Posts