TGS provides global geoscientific data products and services to the oil and gas industry to assist with licensing rounds and the preparation of regional data programs.

"We thought in Hexacta as the partner who could offer us the experience and the knowledge we need to migrate technology. Hexacta is a young company, integrated by professionals of excellent level, with methodology and, above all, with the commitment, the flexibility and the attitude needed to overcome the difficulties of a critical challenge for our company.”
Daniel Fiducia, CIO, TGS.

Transportadora de Gas Del Sur S.A. (TGS) operates the largest pipeline system in the country and Latin America. It carries 60% of gas consumed in Argentina and supplies directly to distributors, electrical generators and industries, through a system of 8,627 Km long pipeline.

TGS is one of leading processors of natural gas and one of the largest marketers of liquid natural gas (LNG).
It was the first company in the regulated gas sector to integrate the standards of ISO 14001 and 9001.

Later, TGS chose Hexacta to conduct the migration and reengineering of its critical PowerBuilder client/server applications to J2EE.
The project consisted of a number of projects carried out in 2 years and 5 months.
Due to the costumer´s satisfaction, Hexacta continued pursuing evolutionary and corrective maintenance of applications.

The first phase of this initiative, called project MAITE, was completed and carried on the migration of hardware equipment and databases.

The main responsibilities were:

After the development project was conclude, Hexacta was hired to take care of the application´s corrective maintenance and evolving process, and for the development of other smaller reengineering solutions. This project lasted 4 years.

Defined architecture is based on J2EE, using: 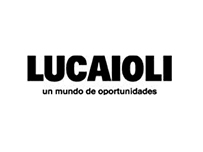 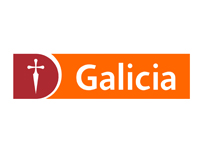