What makes this country so appealing to foreign businesses when they are choosing an outsourcing vendor? Here are 4 key reasons why to invest in software development in Argentina. 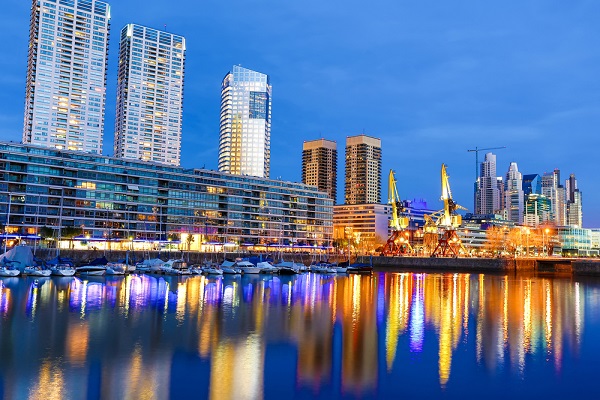 The latest report  ‘A New Latin Rhythm: The Transformation of the Global Outsourcing Business’  made by KPMG, notes that after the global financial crisis of 2008, Latin America has emerged as an attractive alternative to outsourcing (nearshore), gaining notoriety and competing with countries like India, China or Malaysia, traditionally recognized as a destination for outsourcing software development (offshore).

“Although these hubs continue to show the highest growth rates in the industry, Latin America has consolidated its position as a global top outsourcing destination with a growing share of the Global Business Process Outsourcing (BPO) market”, the report says.

Argentina in particular has been stood out in recent years as a country with a good supply of high quality and highly exportable software, which allowed it to be established as an attractive destination for those who seek software development providers.

But, what makes software development in Argentina so special to countries like the United States? Recently, we published an article with four reasons why it is worth doing software outsourcing services in Argentina.

Why say “YES” to software development in Argentina

Today, we explore deeper into this and offer you another four more reasons that will convince you to hire software solutions in this country.

The range of possibilities and business opportunities in the software development industry is as broad as it is diverse.

According to the Chamber of Software and Information Services (CESSI), there are about 4,300 companies in Argentina, including world-class companies as well as national and local companies. The diversity of companies –not only in terms of size and infrastructure but in the services they offer– allows the US market to find a company that meets its particular needs.

Argentine companies such as Hexacta offers their clients a variety of software related services, ranging from mobile solutions to business solutions, including testing, consulting and user experience design. Thanks to its ability to offer a broad spectrum of services, Hexacta has developed numerous projects for US companies.

The software sector in Argentina, as part of the computer industry, is one of the services with most tradition in the country. While most of the companies were created more than 30 years ago, the sector grew strongly in the decade of 90, as mentioned in a report on the history of the sector by the CESSI. “It was a time when the supply of software and IT services was consolidated, with the participation of companies that had been developing tools for corporate use and other new emerging companies. ( … ) It was in those early years –when the economy was being consolidated from the outside to the inside– when the software sector took the first steps towards becoming an industry”, highlights the CESSI.

This decade was the starting point for software developers and when the software industry was consolidated as such. From that point on, the sector began to grow steadily in income, especially during the last 10 years which showed an average growth of 11.5 % annually, becoming one of the most solid and stable economic sectors of the country. 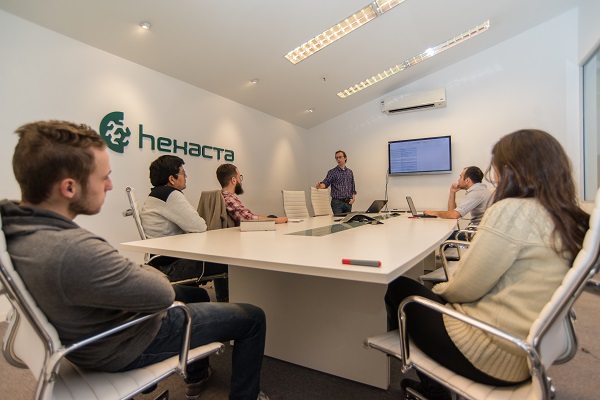 Argentina is globally known for its education’s quality, and therefore, the excellence of its professionals. In fact, according to the regional ranking of universities recently delivered by QS consultant company, 7 Argentine universities ranked among the top 50 in Latin America. This ranking also positions, for instance, the University of Buenos Aires (UBA) –the best of the country– as #1 in the region in terms of how highly the labor market perceives its graduates.

This means, in other words, that the quality of its professionals is highly recognized and demanded. The Foreign Relations Ministry highlights that “Argentina’s level of education is similar to that of developed countries and is above the standards of other Latin American countries. The country has an excellent reputation in research and development in Hard Sciences”, as well as pointing out that Argentina has highly qualified professionals with a high level of English.

In this sense, we must stand out that, according to the English Proficiency Index by EF in 2016, Argentina is the only country in the region with a “high” level of English proficiency. In the overall ranking, the country ranks in 19th place, between 72 countries. There is no doubt about the capacity of our professionals to communicate in English (and other languages ​​such as French and Portuguese), in addition to their training quality, are key factors for foreign companies to be tempted to work with Argentinean companies.

Argentina has been for many years in sight of foreign companies in the technology sector, which shows that it is an established and mature market.

The boom of the arrival of companies dates back to the early 90s when the American company EDS, which specializes in IT solutions, settled in Buenos Aires. Many others followed like Intel, SAP, Google, Facebook, among many more.

Currently, the Chamber of Commerce of the United States in Argentina (AmCham) registers 615 companies across the country, from different economic sectors, which contributes 19.2% of the national GDP. The confidence that US companies, for example, have in Argentina is such that the AmCham recently confirmed that during the next 18 months $2,300 million worth of investments will be made. Meanwhile, the German-Argentinian Chamber of Commerce (AHK) has announced plans to invest nearly $3 billion in the country over the next four years. 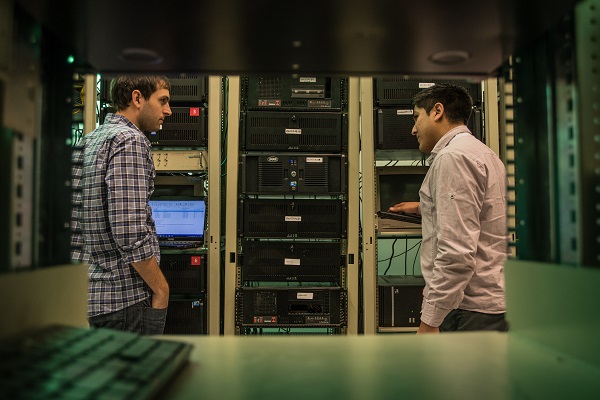 Also remarkable is the increase of technology development centers in cities other than Buenos Aires, Rosario and Córdoba (the most recognized cities for their IT industry), such as Tandil, La Plata and Bahía Blanca –Hexacta has software professionals and offices in the last two–, which shows the efforts of national and local governments, as well as universities and companies, in the growth of process development and technological innovation.

Argentina is consolidating as one of the countries in the region with a quite attractive startup and tech company ecosystem, making it attractive to the world. In 2015, for example, the city of Buenos Aires was recognized as the winner of the Global Entrepreneurship Congress Cities Challenge for its innovative policies and rapidly expanding startup ecosystem.

Beyond the cultural similarities or little time difference that can make Argentina an attractive country for outsourcing software development, there are other reasons which foreign companies are taking into account when hiring these services.

The emergence of Argentina, particularly in recent years, as a center of technological development with high levels of quality in their universities and therefore their graduates, as well as the steady and sustained growth of the sector, shows that it is a country that offers great business opportunities to foreign companies. Many companies have taken that step… Are you ready to make yours?

Questions? Comments? Concerns? Contact us for more information.
We’ll quickly get back to you with the information you need.

Outsource software development: Is this a clever idea for a newborn business?

What not to do when working with an outsourced software team

Custom software development: Why choosing it instead of Off-the-shelf solutions?

White Paper: Statistics that show why to outsource your software team