The software industry in Argentina, in general, is one of the economic sectors with great stability and continuous growth. Learn some interesting facts to help you see the great potential and business opportunities this country has to offer.

When you speak about Information Technology (IT) in the region, and particularly software development, it is common to think of Argentina as a referent in this matter –along with Brazil or Chile–, not only because more than two decades ago many foreign companies in the area decided to settle in the country, but also because of its renowned academic excellence, innovation capacity, and the quality of the professionals and services offered.

Leaving aside the reasons why Argentina is a great country to look at when it comes about outsourcing services, foreign companies in the area decided to settle in the country and a destination with a high demand for exportable services, let’s check the current outlook of this industry in the country and understand its great potential.

A quick glimpse of the software industry in Argentina

To better understand the current situation, three main stages in the evolution of the computer market in Argentina stand out:

It is important to highlight that the evolution of the sector was due to a growing demand for products and services in the area of information technology, for which Argentina has taken big steps towards the offer of exportable services, which has enabled it to be inserted in the global market of the XXI Century.

During the last 5 years, the sector’s growth has been steady, positioning itself as a key sector for the national economy which showed stability and dynamism. Although 2014 was a year in which domestic sales fell 11% and exports fell 10.5% –due to the recession, the currency devaluation and difficulties to import, among other factors–, the sector successfully managed to recover in 2015.

How is this growth reflected? Pay attention to the following:

Software development and exports… up ahead

Among the different activities that fall within this sector, the report highlights that custom software development (with 45.5 %) and the sale of own products and associated services (20.8%) are the largest share in the total sales of the last two years. Other services such as design and testing represent a 6.7 % of the share.

Regarding the type of customers, multinationals are the ones that take the first position with 48.5% of the share in sales; while large companies cover 29.3 %.

On the other hand, considering the income from abroad (exports), software development is also the most demanded activity with a 62.6% stake, being the software companies and the financial sector the main customers. Compared for example with countries like Colombia, where US involvement in exports is 29%, it’s remarkable that, when speaking of software outsourcing, Argentina is positioned as a country that is “on sight” for international markets.

If you look in detail which countries are the destiny for these exports, the United States is the leader with a 50.5% stake, leaving far behind, with less than 10% of the stake, countries such as Uruguay, Mexico, Brazil, and Chile. Facing this, Juan Navarro, founder and president of Hexacta, said that “even though Argentina -and Hexacta particularly- has strongly increased its exports to the US (70% of the company turnover comes from exports, mainly to the United States), these are barely noticeable in the huge American market.” 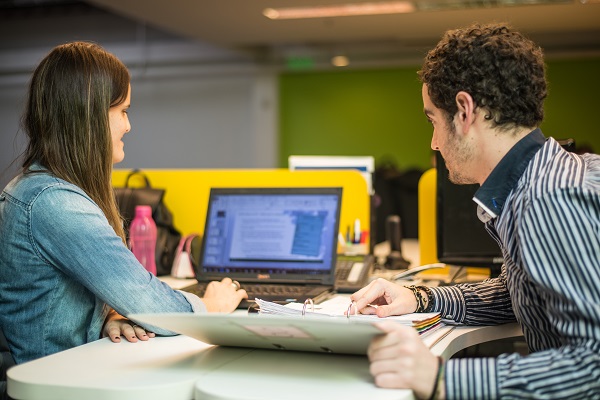 The software industry in Argentina is one of the areas of greatest importance in the national economy which, thanks to a stable performance and steady growth, has proved to be able to bring great business opportunities and positive outlook in the short and medium-term. In fact, the outlook is so positive that the CESSI has expected 2016 to close with an increase of 36.3% in total sales and a 19% increase in exports.

What does this mean? Broadly speaking, this means that the world is looking at Argentina, that the country ranks among the best in this region in software development and other computer services, and that both the domestic and external market trust and support the quality and capacity of companies in this sector.

Questions? Comments? Concerns? Contact us for more information.
We’ll quickly get back to you with the information you need.